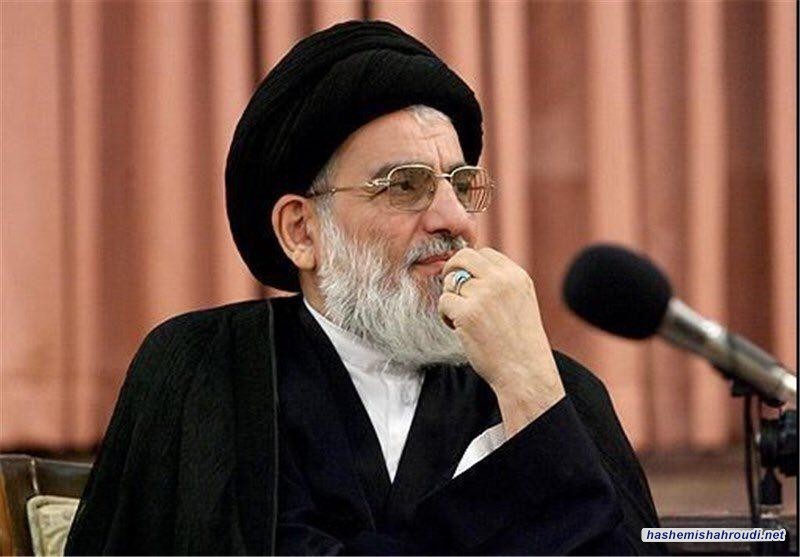 His honor Ayatollah Hashemi Shahrudi addressed the participants of the religions and peace congress which hold in Spain and said: It is incumbent upon Islam religious authorities to give true analysis of political issues and inform people about inauspicious plots from the side of hegemonic arrogant systems to strengthening support and use the inhuman wicked groups in establishing sedition in developing countries and reach their colonial targets.

In the name of God the most compassionate the most merciful

Today’s world, as all see, affected by Terrorism inauspicious phenomenon the worst kinds of that. Using the most savage inhuman ways from the side of Islam pretenders groups portrayed a repulsive detestable image of this divine religion.

It is clear that the most efficient way which can assist Islam enemies to fight Islam and eliminate it from the world great equations stage is to strengthen and make prevalent those groups with Islam opposition and inhuman thoughts under the cover of holy topics like Islam and Jihad in order to form a global consensus at world public thoughts against this religion and its holy concepts so that through an external and internal synergistic, the Islam power and strength will disintegrate and overthrown.

Meanwhile Islam religious authorities have a serious duty to explain Islamic bright learning and its exalted concepts. It is necessary for them to oppose inauspicious criminal phenomenon of excommunication culturally and thoughtfully and create a pervasive mobilization in order to deny this defiled thought and its holders.

Could the religion in its divine book invites even non-Muslims to prevent unity around commonalities- say O’ people of the book come on around a word which is common among us, it is not to pray but God and not to assign partner to God a thing and not to take some people the others God-and its Prophet (peace be upon his) says: “one who bothers folks right then we are his enemy at the judgment day” give the permission of killing innocent people in Muslims and non-Muslims, men and women and children?

How can one accuse Islam to be violent and militant while the Quran says: (but if they inclined to peace, make peace with them) and also says: (all give up to the God orders) and somewhere else says: (peace is welfare)

How could it be considered that bombarding and sudden blindly killing innocent people is Islamic and Jihadi while the Prophet and his family (peace be upon them) even consider not lawful to kill the enemies like that:

These examples and tens other examples from the book and tradition which indicate the high kindness and humanness point of view are undoubted testimonies prove being non-Islamic and stranger thought of excommunication and those groups of holding this wicked thought.

In the meantime, the Islam religious authorities increasing vigilance in recognition the sources of growing excommunication thought in Islam world from one side and effective standing thoughtfully and culturally against it through Islamic correct thought explaining on the other side could finally overcome this wicked flow.

And also it is incumbent upon Islam religious authorities to give true analysis of political issues and inform people about inauspicious plots from the side of hegemonic arrogant systems in strengthening support and use the inhuman wicked groups in establishing sedition in developing countries to reach their colonial targets. They must show the arrogant system real face and their crafty policies to the world- that it is a divine humanness duty accepted by all divine religions and the all human and the world oppressed nations will.

I ask God increasing grace for you to serve to exalted divine and humanness desires.